Our sheltie meet with the dog’s family continued the next day with a walk at Ennerdale Lake. Foxy and his parents had to go home so they didn’t come to this one unfortunately. Now… the sun was out in the morning, but typically, with the northern weather that pretty much changed as we got to the lake. Well, as I always tell visitors to the area, we have to fill the lakes up somehow!

I was in charge of TND’s camera (mine is still broken) this time and I’m not great with it, he did take the group shots at the end though.

Arran took some time to have a good sniff of Beryl this time. Did he remember her? I like to think so. I heard the other day that litter mates remember each other’s smell for about 2 years. 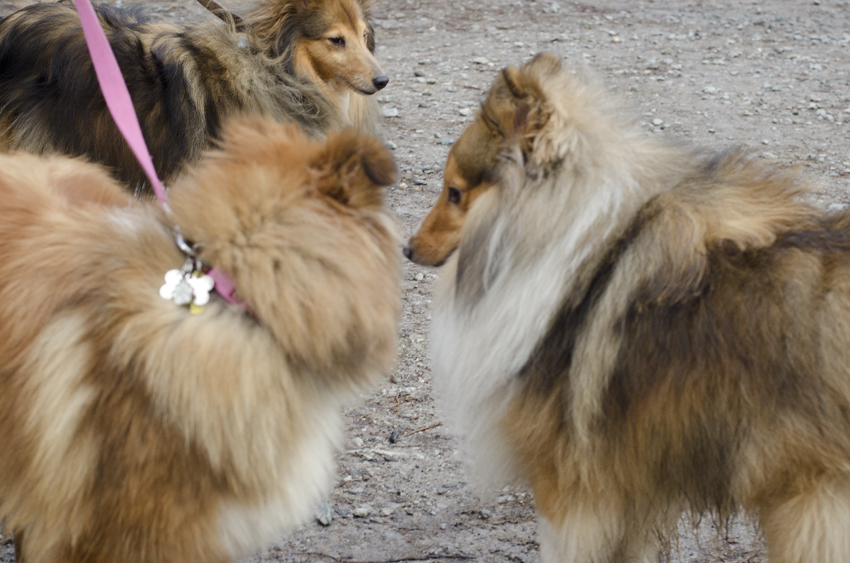 END_OF_DOCUMENT_TOKEN_TO_BE_REPLACED

Hello, Dee here, taking over the blog for a couple of posts. Over New Year we had a very special event! The Elanmore people (Elanmore is Ludo and Arran’s kennel name, if you are new to the blog) – Katharine, Laura and Jack, came on holiday near us again and so we got to have a couple of Sheltie meets! They brought their dogs; Becky and Charlie who’ve been on the blog before and Arran’s litter sister Beryl and his younger sister Phoebe! We were also joined in this part by his younger brother Foxy (Phoebe and Foxy are litter mates) and Foxy’s owners Anna and Bob, they also live in Cumbria. It was a real sheltie fest and lots of fun! Anna showed us some photos of her previously beloved shelties, one was very like Ludo, and it was wonderful hearing all about them, they really do seem to be a breed that stays in your heart.

I asked Katharine what all their kennel club name’s were so they are… “Foxy’s name is Elanmore Encore, Phoebe’s Elanmore Exactly Right, Arran’s Elanmore Beach Boy, Ludo’s Elanmore Blue Flash, Beryl’s Elanmore Beach Babe (of course after you wanted to name Arran Beach Boy it had to be!) and Becky’s is Elanmore Royal Empress.” Poor Charlie got half cut off the photo! I’d look out for Beryl and Phoebe’s name as I think they are going to start showing soon. 🙂