We went to Ennerdale lake and Arran comed too! He can do walkings a bit further now, although Mum and TND still carry him about so he does not work his little legs too much. He not so keen on being carried now and he squirms sometimes and says ‘put me down Ladee!’ Until something scares him and then he jumps up and says ‘Pick me up Mum Ladee!’ I showed him the way to go.

It did be a bit of a gloomy day, but it did not do rainings on us. I did not go in the lake for a swim though!

I would like to point out that I is doing a very good boy sit in all these photos, but who do you think got a treat for sitting nicely? Ok sure I got one too, but I does not think Arran deserved one. 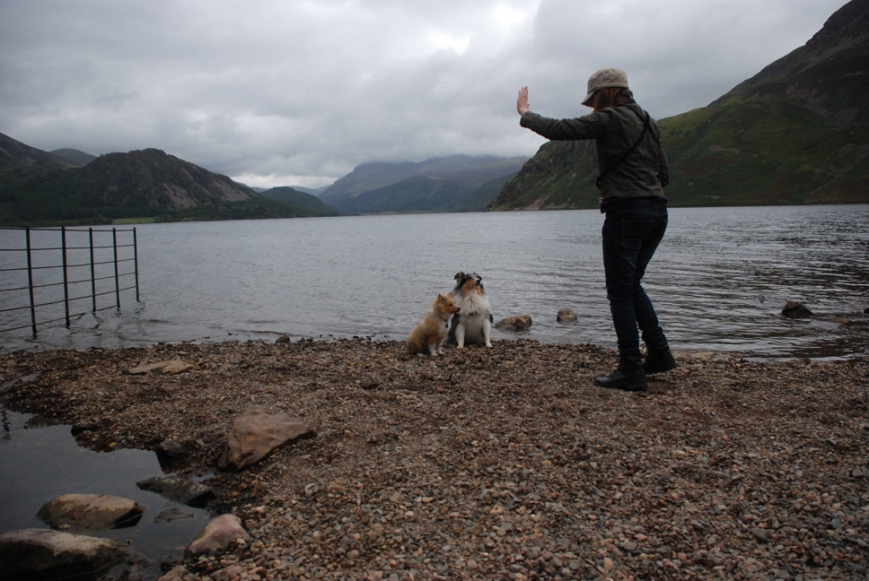 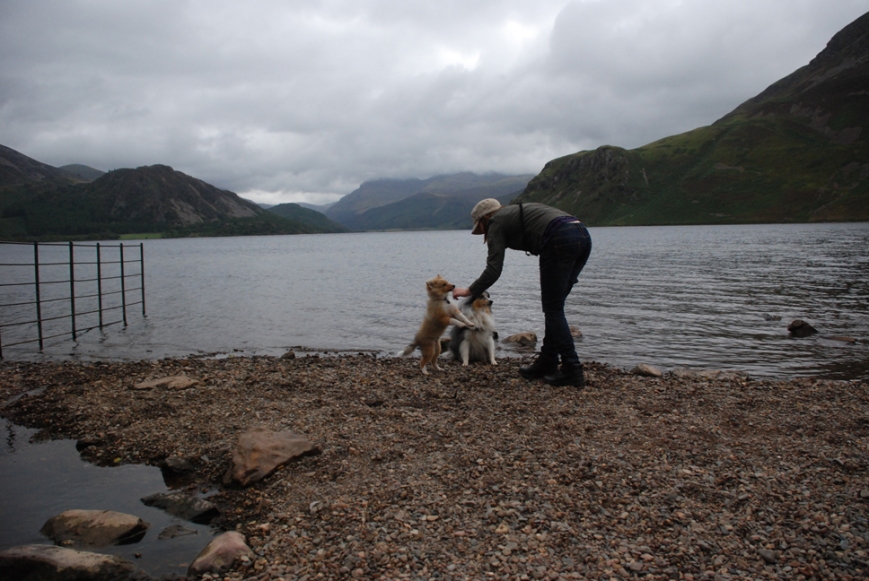 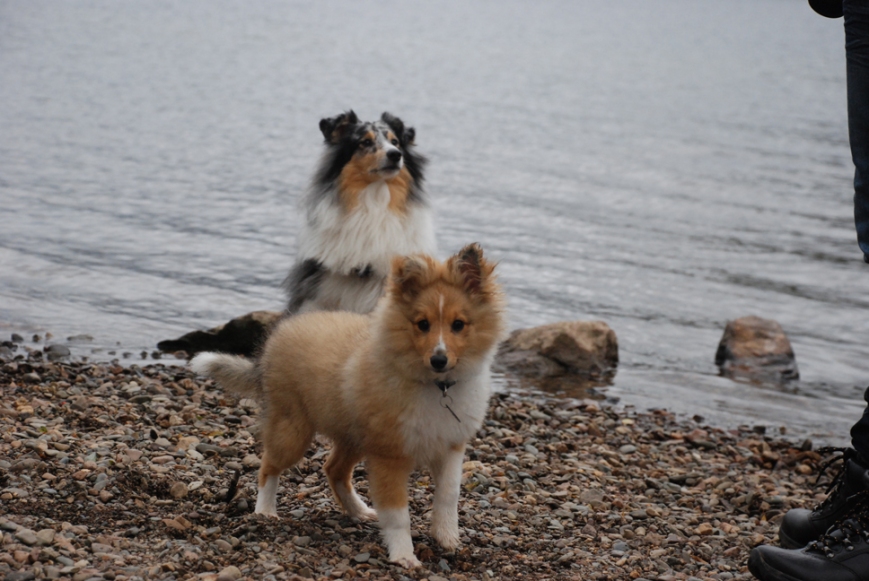 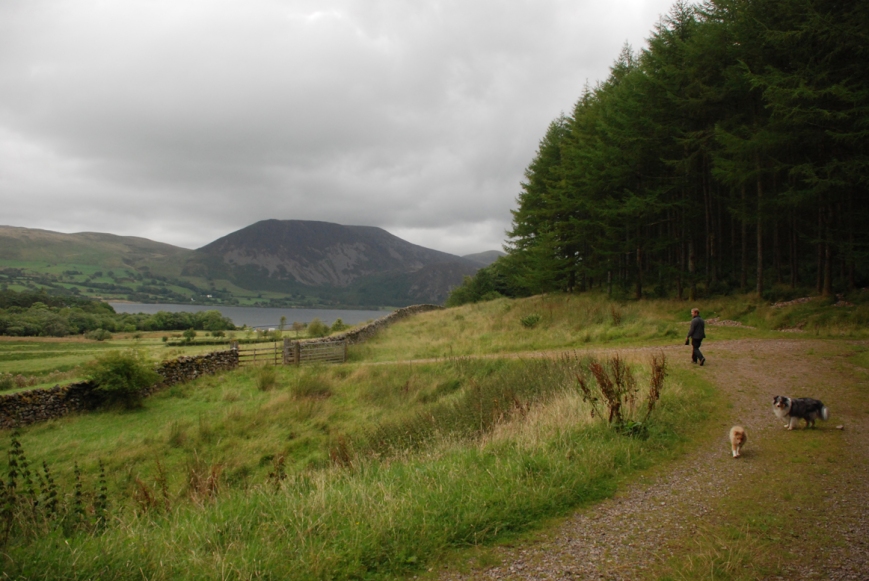 On the way back round we see this  house that no one lives in and it has warning signs on it, Mum always says to TND ‘I wonder who owns it?’ And asks him if he would like to live there. I would like to live in Ennerdale, but I think I does like my own house better, because it has a proper roof and other important things like that. Mum says it reminds her of something the Secret Seven or Famous Five would investigate. Do you know Mum got a long haired ‘collie’ type dog (ME) because George in the Famous Five used to bury her face in her dogs white ruff when she got sad and so Mum always wanted a dog with fur like that.

Then Mum did some freaking out because Arran followed me up some steps. I love going through gates and over bridges so I always rush ahead to them and Arran rushed with me and then panicked and tried to get back to Mum and Mum was making some funny squeaky noises about him falling off and made TND pick Arran up. Between you and me my little brofur a bit of a baby!

Not even that scary, right? 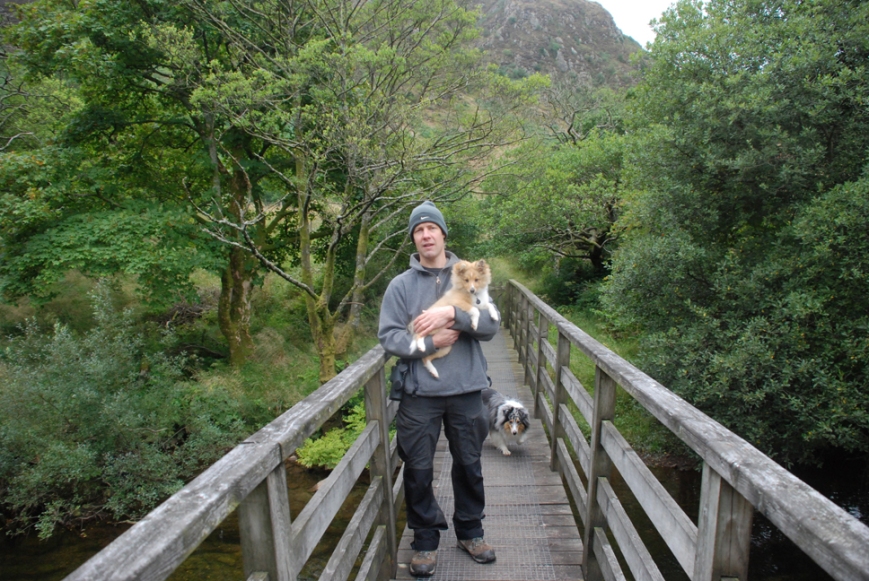 Almost back to the car, he still has a lot to learn about walking at lakes, but I think I is being a very good teacher!

Welcome to Think back Thursday number 2! 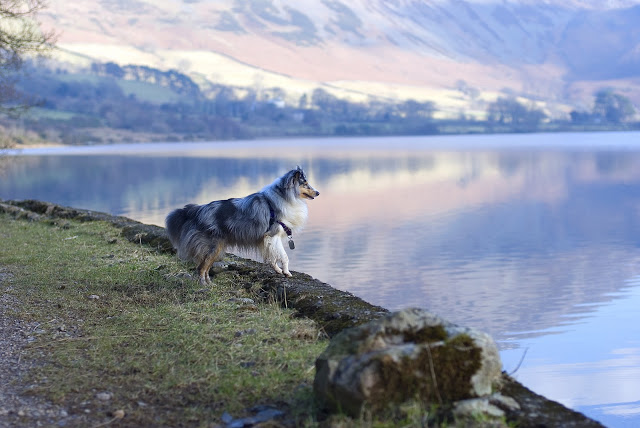 Oh! How I loves it! I has had a lovely day today. It beed shiney shiney sunshine allllll day. I sat out in it with Pepe and Auntie Penny and soaked up the rays while Mum be at work. I saw TNP drive past and cried a bit and Grandma teased me and said ‘aw, did you see your boyfriend.’ Mum says I think TNP be even better than sliced bread. Well, yeah! Unless that bread has cheese or tuna or something in it.

When I sees TNP I does my special happy wiggly zoomies and I bitey on his thumb.

Anyways, I has just got back from the pub. Mum and me and Grandpaw went and I got to sniff some other doggies and eat some icecubes and get lots of their sandwiches. We got back and Grandpaw tooked Auntie Penny out and I got annoyed and did barkings at her. Mum says she casnot understand how my mind works since I had just come back from being out. But hey, I wants to go all the time.

The other day me and Mum and TNP wented back to Ennerdale lake. There beed lots of green and flowers and pretty things. TNP tooked some piccures so here they be. Oh and I barked at a cow. In some places in the Lake District they is doing forest management, trying to get the right kind of old English trees and plants and animals back where they used to be. One of the things they did is introduce some old breeds of cow what used to be wild here cos apparently they eat and trample the plants that the forest peoples don’t want. We came across some and ate our lunch and one comed to say hello, It beed about 4 leaps away. I snuck up near it and Mum got scared and TNP tried to say Hello so I barkbarked at it and it got scared. hahaha!

Mum chucked it her apple core which I did not be happy about.

The pics is just all jumbled up acause Mum be lazy. 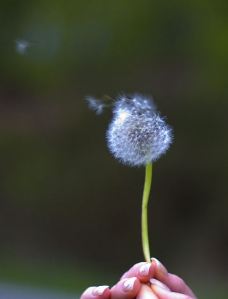 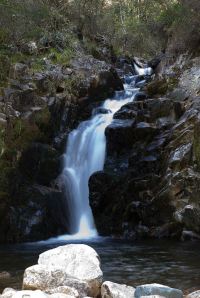 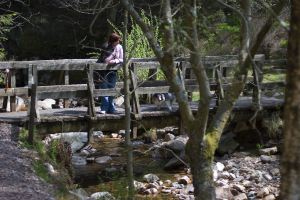 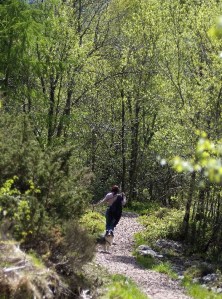 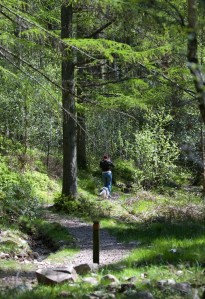 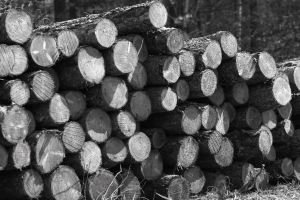 Only you wouldn’t know it cos I never gets to go to a lake! So here, for your lookings at, be some pretty piccures of a lake. This be lake Ennerdale. All piccures is taken by ‘The New
Person’ he tooked us to visit the lake on saturday, and it only about 15 minutes driving away from us. Me Mum and Sally went. I thinks I might make him my official blog photographer. 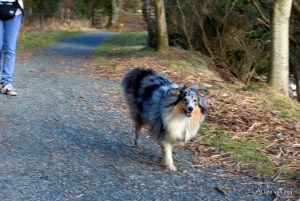 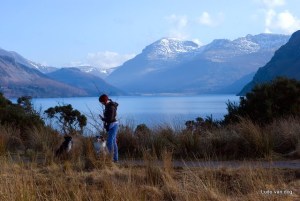 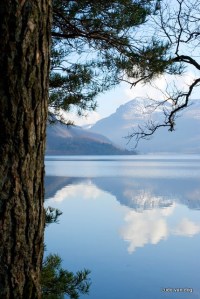 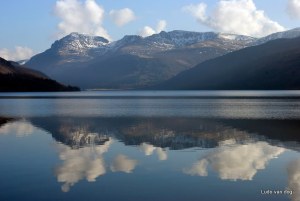 We got to go in the lake at a shallow bit. 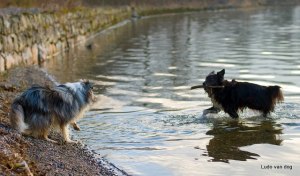 They wanted a piccure of me looking at the lake. They kinda cheated a bit, but sh, don’t say I said so. 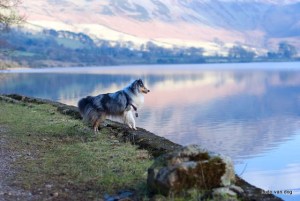 Sally always has to have something in her mouth! Mum kept doing tellings off to put the sticks down. 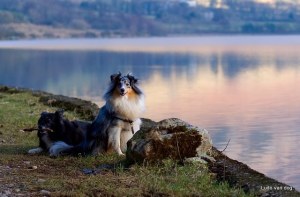 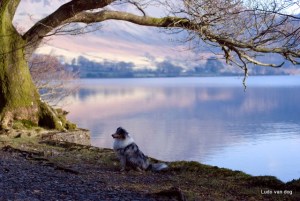 The peoples stopped on a little beach bit down a little climb and had a picnic. I thinks TNP will be furry easy to train. He already a sucker for a sniffy nose and sad eyes. He keep saying to Mum ‘Can he have some’. Mum says ‘I suppose so’ a couple of times afore she shows her true, meaness and says no. I will has to teach him to just ask me cos I will tell him ‘yes, I can has some!’ 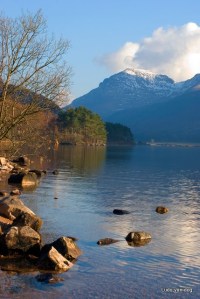 We seed my friend Benji and his pawrents out too. I has not seen him for ages cos I has been missing trainings cos of us not hasing a car at the moment. Benji beed too busy chasing stones though.

On the walk home. Mum got very wored out the next day, they walked about 4.5 miles, of course me and Sally walked lots more than that.